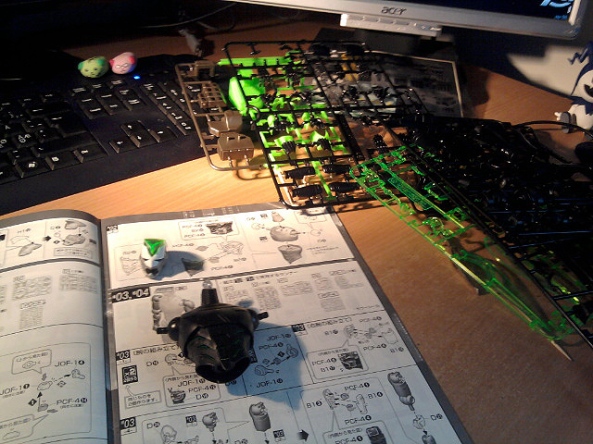 I’ve got some history with model kits. I built model airplanes as a kid (the ones that you had to paint yourself and everything). I’ve built gunpla, though mainly the 144:1 scale HG kits. Figure-Rise Wild Tiger is my first Master Grade kit, and probably the biggest one I’ve built to date. I was going to take really detailed progress shots of my building the kit, but I got a bit carried away and forgot. I’m not going to do step by step instructions here, because Bandai kits have really clear and good instructions that are easy to read even if you don’t know Japanese, but I’ll try to include some things that I have seen people ask about.

The instructions list the tools you need for building the kit:

I also recommend having these at hand:

When I opened the instruction booklet, my first thought was “I can’t do this, what the hell have I gotten myself into?” because it’s been a few years since I last built a model kit. Once I’d gotten the first part assembled, it started going better. I’m a very slow builder because I have to check everything twice so I’ll be certain to get it right, so I think it took me around 12 hours (spread over two days) to build the entire thing. 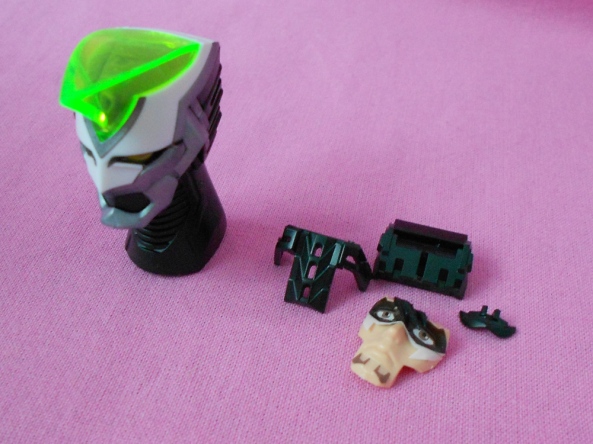 The instructions start from building the closed helmet head, but before you get going, flip to page 22 in the booklet. There are instructions for building the open face head with alternate parts, and also instructions on how to decorate both versions of the head. I overlooked this bit at first, and as a result I had to completely dismantle the head in the end to get the eye decorations in place for the closed helmet version. The head isn’t hard to dismantle, though, so if you want to keep switching between the open face and closed helmet heads, it just takes a few minutes to change the face.

Once the head is sorted out, the instructions go on with building the undersuit (or soaked cat Tiger as I decided to call him). I didn’t have any problems with this part, though I should have paid better attention with attaching the shoulder joints so I could have better concealed the small scuff marks where I’d cut the parts off the frames. They’ll mostly be covered by the armor anyway so in the end it wasn’t a big deal.

I had a little boo-boo in the next part where the armor is built over the undersuit frame. I was building the leg guards and pressed two pieces of the part that goes behind Tiger’s shin together in an awkward angle and a part snapped off. And of course I couldn’t find super glue in the house so I had to take a break and go buy some. I think the parts might have held together without it because there’s an additional piece for the black light mode that goes over them, but I didn’t want to take chances.

The part I had the most trouble with was building the arm guards. It felt like there were a bajillion small pieces and I even dropped one tiny itty-bitty clear part on the floor. Luckily I managed to find it but I had some moments of pure despair there. The regular arm guards have Wild Shoot guns folded in, the actual guns are optional parts. I built everything that was in the kit – there are no extra parts that have no use in it, by the way.

I finished about 80% of the model during the first day, and did the rest on the second day.

Here’s where I stopped on the first day. 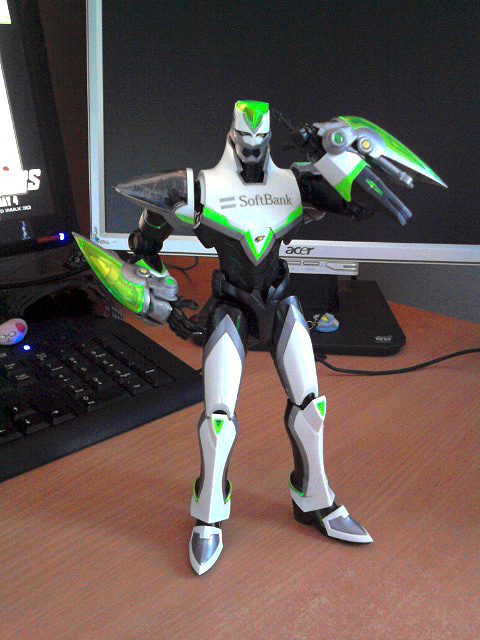 Completed model on the second day!

The decoration instructions can be a bit confusing. There are 4 sheets of decals for decorating your Tiger.

The clear sticker sheet and water slide transfer sheets have the exact same ones, you can pick which style decals you want to use. Water slide transfers were an epic failure for me. I was probably doing something wrong, I haven’t used them in a very long time. Clear stickers worked great, but I had problems with the fine detail on the closed helmet head and ended up drawing parts of Tiger’s “eyeliner” with a marker instead. 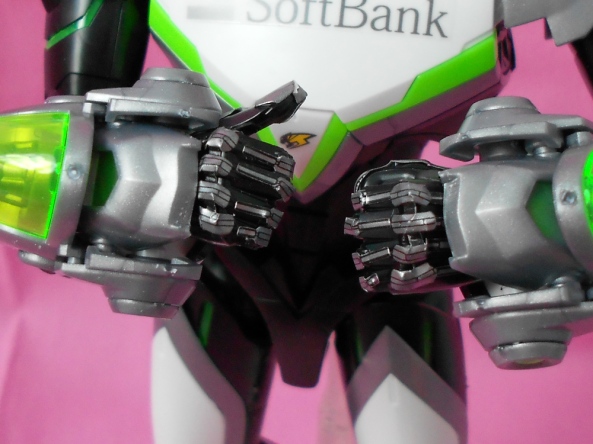 MGF Wild Tiger has really good balance and can stand on his own, but there’s also an adjustable stand in the kit. You’ll need it if you ever want to use the Good Luck Mode arm, because it’s HUGE.

MGF Wild Tiger is also really big compared to regular S.H.Figuarts. He didn’t feel that big at all while I was building him, but when I posed the completed model next to the Figuarts… 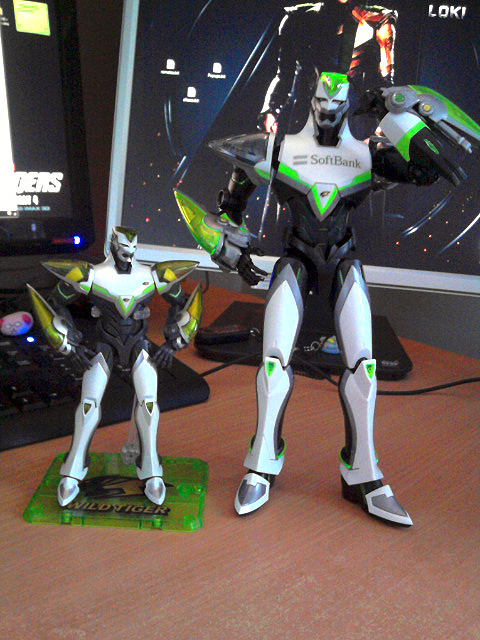 I’m really looking forward to getting my Barnaby model kit now. Building Tiger was a lot of fun, and even though it felt a bit daunting at first he’s nowhere near as hard to put together as he seemed.